Corowa Race Club established in 1876 is one of the leading race club’s in the Southern District Racing Accociation area and currently conducts 7 race meetings per year including the Corowa Cup & Melbourne Cup Eve.

On the 1st November 1960 Corowa Race Club first hosted “the race no one else wanted” , Melbourne Cup Day Races. In November 2010, the Club celebrated a milestone 50 year anniversary of hosting this much celebrated Tuesday, a part of the Australian culture that will live on into our vast future. In 2017 our Melbourne Cup Day meeting was moved to Melbourne Cup Eve, to rationalise the race days in the local area. We still hold our glamorous “Fashions on the Field“ event for this meeting. 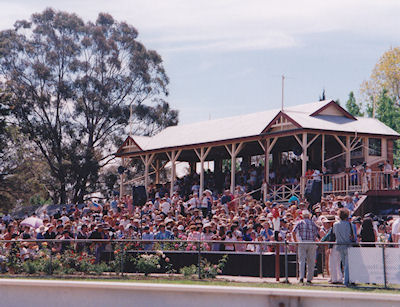